Keeping Healthcare Strong in the Southwest

The Dr. Noble Irwin Regional Healthcare Foundation is preparing for our Annual Pharmasave Radiothon for Healthcare on October 27 & 28 broadcasting on Golden West Broadcasting’s the Eagle 94.1, Magic 97, and CKSW 570 from the Elmwood Golf and Country Club. This year we have a $150,000 fundraising goal to purchase new technology to insert peripherally inserted central catheter (PICC Line), and a state-of-the-art blood assessment unit for the Cypress Regional Hospital.

Peripherally Inserted Central Catheter or PICC Line is inserted and stays in place for a year so that the person who has the line can receive their life saving chemotherapy drugs as well as other IV weekly/daily infusion medications. Currently anyone in the Southwest will be sent to Regina to have their PICC Line inserted, but with this new technology and ultrasound capabilities we would be able to keep people closer to home to save the expense of driving multiple hours to receive treatment. Patients who have a PICC Line are also able to have blood drawn from the line, which saves these patients from being poked in the lab.

In the video to the right you will see this new technology at work featuring an small ultrasound for assistance on a patient right in their bed. Once the line is inserted they go to the hospital for chemo treatments or IV therapy, but many patients can run their own medications into it from home by themselves or with the help of homecare.

The ACLTOP analyzer performs coagulation testing that is useful in the assessment of bleeding patients, identification of patients at risk of bleeding (before surgery) and monitoring of certain anticoagulants (blood thinners such as Warfarin or Coumadin). There are several local patients that require regular monitoring, many of them weekly. This testing would be required for patients with a mechanical heart valve or pacemaker, stroke patients, and some post-surgery patients.  Having the ability to offer this testing in Swift Current means that patients are able to stay closer to home and with their families, instead of having to travel to Saskatoon or Regina for treatment.

The tests performed on these analyzers detect bleeding disorders such as Factor V and X deficiencies or Hemophilia (Factor VIII deficiency). The screening may detect the deficiency and flag that the patient requires more advance testing and treatment before it becomes a life-threatening situation.

The D-dimer is an essential test in the identification of patients who may have blood clots resulting in timely treatment which may prevent a stroke or pulmonary embolism (clot in the lung) and severe lung compromise or even death.

The analyzer is also used to test the blood’s ability to clot, which is important in the prevention of stroke and pulmonary embolism, monitoring patient’s that are being treated with blood thinning medications or have received an artificial heart valve.  This testing is also beneficial in the diagnosis of bleeding disorders.

This type of testing is used by all Emergency Physicians, Internists, Surgeons, Gynecologists, as well as family physicians.

Thank You to Our Sponsors 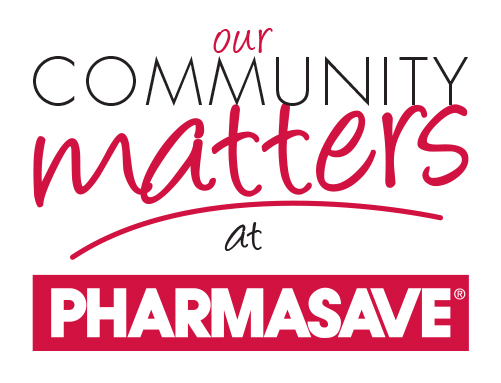 Friends of the Radiothon

Your ticket for the: 2022 Pharmasave Radiothon for Healthcare