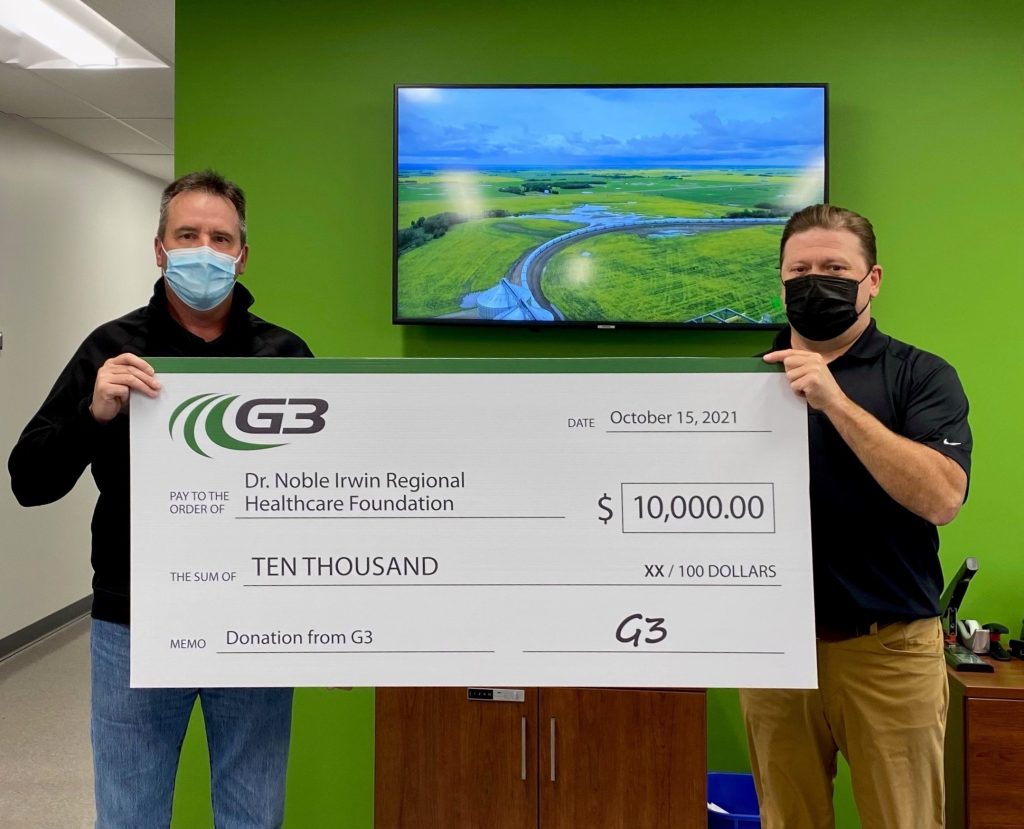 Due to the pandemic, G3 was unable to hold a grand opening event for G3 Swift Current when it opened this past summer. It was decided to donate the funds from that event to the Dr. Noble Irwin Foundation.

“G3 is proud to be part of the community in and around Swift Current,” says G3 CEO Don Chapman. “We’re pleased these funds can be directed to an important cause like funding health care services and facilities for our families, neighbours and customers.”

“The Dr. Noble Irwin Regional Healthcare Foundation is thrilled to accept a $10,000 donation from Swift Current’s newest grain elevator G3. The funds will be going towards a community match to kick-off the 2021 Pharmasave Radiothon for Healthcare,” says Jim Dekowny, Executive Director of the Foundation. “Thank you to G3 for helping keep healthcare strong in Southwest Saskatchewan it is greatly appreciated and has shown their commitment to supporting Swift Current & Southwest Saskatchewan.”

G3’s donation will be used to match donations from the community during the October 28 & 29 radiothon to raise funds to purchase a new Telemetry System for the Cypress Regional Hospital.

About G3
G3 was created with the vision of building a smarter path from farmers’ fields to global markets. Today, G3 is transforming the way grain moves with an expanding network of facilities that set new standards for fast, safe and reliable operations. We focus on efficiency to create opportunity for our customers across Canada and around the world. G3 Terminal Vancouver, a state-of-the art export facility, is adding more speed and efficiency to our grain supply chain. G3 is a Canadian company, and is headquartered in Winnipeg, Manitoba.

Your ticket for the: G3 donation supports health care in Saskatchewan communities