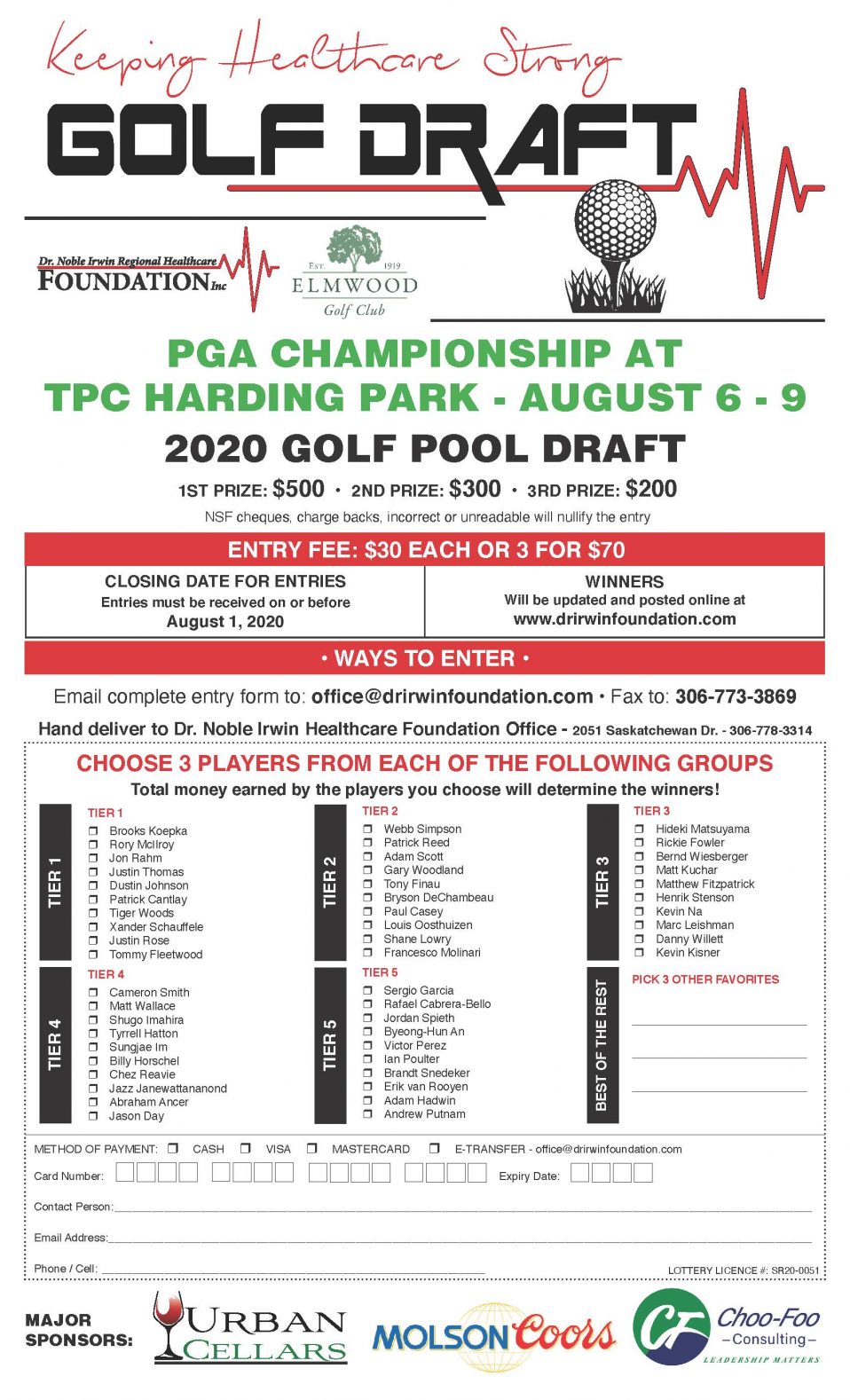 Golfing enthusiasts are encouraged to participate in the latest fundraiser for Healthcare as the Dr. Noble Irwin Regional Healthcare Foundation and the Elmwood Golf & Country Club present the “Keeping Healthcare Strong Golf Draft”. All proceeds raised will assist with upgrades to the Renal Dialysis Unit at the Cypress Regional Hospital in Swift Current.

“The Renal Dialysis Unit at the Cypress Regional Hospital plays a vital role for numerous Southwest Saskatchewan residents,” says Jim Dekowny-Executive Director, Dr. Noble Irwin Regional Healthcare Foundation. “Having the most up to date dialysis equipment and chairs are in high demand for this busy department at the hospital and we’re asking our valued donors to assist with this worthy campaign”, Dekowny added.

Entry Cards for the “Keeping Healthcare Strong Golf Draft” are available from Urban Cellars, Elmwood Golf & Country Club and the Dr. Noble Irwin Regional Healthcare Foundation(2051 Saskatchewan Drive) and will be accepted through August 1. Ticket prices are 1 for $30 or 3 for $70 and includes the following prizes:

Your ticket for the: Golf Draft Supports Renal Dialysis Unit