Time to get that dough 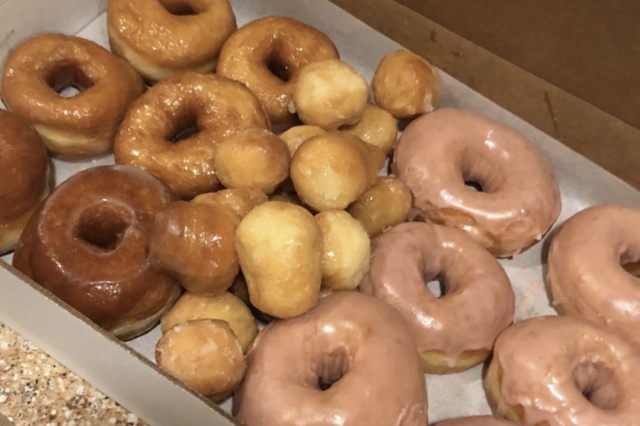 Residents of Swift Current will get to indulge their sweet tooth this morning, thanks to the return of the Donut Days fundraiser.

The fundraiser is a joint collaboration between the Dr. Noble Irwin Regional Healthcare Foundation and the Living Sky Casino that has been taking place in the community for many years.

Communications and Development Coordinator at the Dr. Noble Regional Healthcare Foundation, Sara Adrian, elaborated on how the fundraiser works.

“We partner with Chef Lindsay there, she creates these Donuts,” she said. “She spent hours slaving over them. She makes us about 50 dozen every time and we sell them to businesses individual in Swift Current, and we offer free delivery for them.

Adrian stated that this event alone raised $1,500, which will be going directly towards the digital cell imaging machine in the laboratory at the Cypress Regional Hospital.

She also added that the return of the event in 2022 was a massive success, with plans to continue the fundraiser in the near future.

Keep up to date on the Dr. Noble Irwin Regional Healthcare Foundation’s next Donut Days fundraiser on their social media pages. 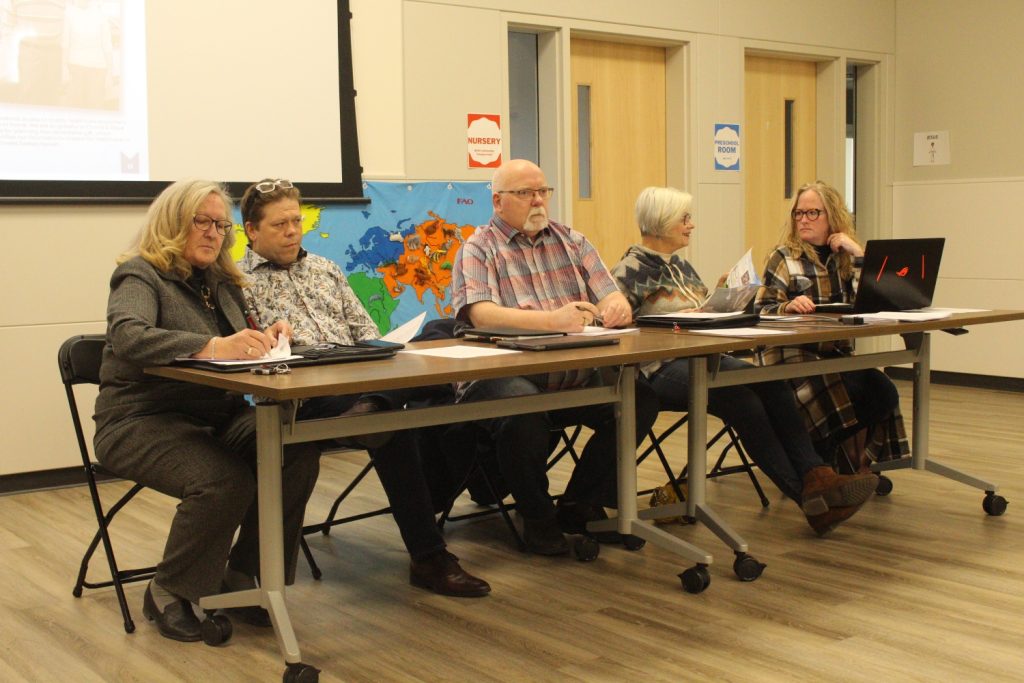 The non-profit organization announced last night at their 23rd annual general meeting they had a record-breaking 2021.

The total revenue for the foundation was $2.17-million. Of that $1.03-million came via donation including a couple of large contributors in their annual Radiothon, which managed to raise $158,150 for healthcare in the southwest, and a bequeathment from the estate of Donna and Steve Kraus in the amount of $450,000.

“Thanks to the staff at the foundation and Jim Dekowny, the executive director, we had a phenomenal year, last year,” praised Arnold. “Despite having some bequest left to us that added to our financial success last year, all of the events that we were able to put on were hugely successful, and that’s due to their hard work.”

Compared to 2020, 2021 certainly exemplified their adaptation and flexibility in garnering the interest of donors during the pandemic. In 2020, they raised a grand total of almost $919,000. That means there was a 236 per cent increase in revenue for the organization.

As for the foundations earning in profits, they garnered a total of nearly $1.45-million. In the breakdown, it works out to just under $450,000 for their operating fund, a touch over $776,000 in the restricted fund, and almost $223,000 finally in the endowment fund.

“These events allow us to raise funds for new medical equipment and facilities across the Southwest,” detailed Executive Director of the foundation, Jim Dekowny. “Most notably through the Pharmasave Radio Fund for Healthcare.”

The funds generated by the radiothon were used in the purchase of a telemetry monitoring system for the Cypress Regional Hospital in Swift Current.

The board also recognized a new member being inducted in Robin Wall, who was approved by existing members while he himself was absent due to a prior engagement.

The healthcare foundation thanked their regular donors, and all the people in southwest Saskatchewan who donated during the year, exemplifying how the record set this year was during a pandemic. 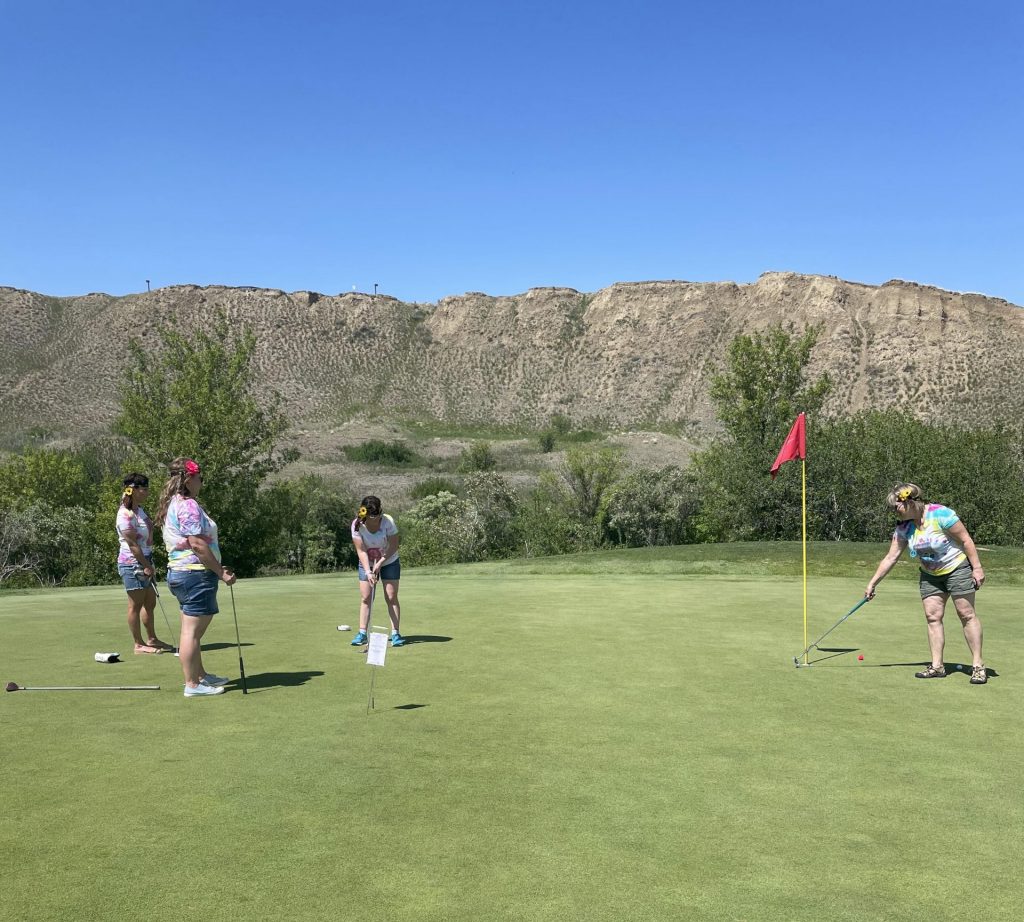 A local charity golf tournament has been rebranded to honour a late Swift Current fire chief.

The decision was an easy one for Jim Dekowny, the executive director of the Dr. Noble Irwin Regional Healthcare Foundation, to help enact.

“We’ve got a really good opportunity here to pay tribute to an amazing firefighter, chief, dad, and husband,” he said. “Kent [Silbernagel], Duane Doane, and myself just thought it was a good fit. We went to Nikki McClelland with our idea and she welcomed us with open arms.”

According to Dekowny, the idea really blossomed during the Bob Pollock Memorial Lobster Pot Par 3 Golf Classic last summer. Another tournament that the healthcare foundation has rebranded in memory of a local.

This spring will mark the 17th installment of the event that’s raised funds for Swift Current’s emergency services and the Dr. Noble Irwin Regional Healthcare Foundation. Not only does it raise money for the Swift Current Fire Department but also the Swift Current EMS, two organizations McClelland had significant ties to.

“When Darren started out, he actually started out on the EMS side with Duane and his group in the ambulance,” he explained. “He progressed from there to be a firefighter and then progressed onto to being the chief in town.”

“It’s going to be one of those things where people are going to have to register quickly with the amount of feedback we’ve received already,” he said.

Your ticket for the: Healthcare foundation honouring past fire chief with golf tournament