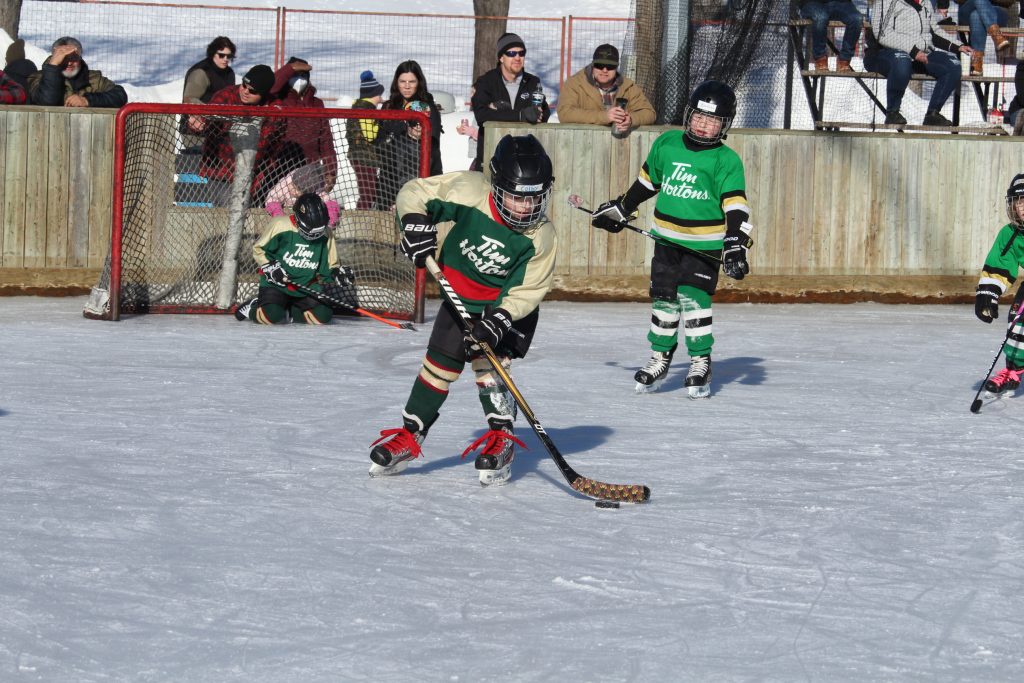 Those out and about on Saturday might have seen some on the ice competition as the U7 Timbits teams faced off, followed up later in the day by the No-Hit League game that followed in the afternoon.

Marcus Kouri, Development and Major Gifts Coordinator for the Foundation, said he hopes that the event becomes a regular feature for the city on a yearly basis, considering how unlikely its inception was.

“It started actually with the No-Hit league; they were just wanting a tiebreaker game if that were to happen with our standings for one outdoor game to happen,” Kouri explained. “We all got around a table and just kind of dreamt up this big thing and just made it happen. It all kind of started with just one little ‘maybe an outdoor game?’ and turned into a big outdoor festival.”

Kouri detailed the matches for the day. Starting things off was the U7 Timbits, playing at 12 p.m, 1 p.m, and 2 p.m. Later in the day, the No-Hit League teams took to the ice with three games. Playing first was the Cyclones and the Timberwolves. The second game was the Oilers and the Ankle Bangers, and the third game was the Boh Monkeys against the Kings.

“We’ve got beverage gardens opening up at 3:00p.m,” expanded Kouri. “…with the DJ going on afterwards until 11:00 o’clock at night. It’s just a day of outdoor hockey.”

Proceeds from the event went to the No-Hit League as well as to the Dr. Noble Irwin Healthcare Foundation.

Your ticket for the: Outdoor hockey event hopefully kicks off yearly tradition