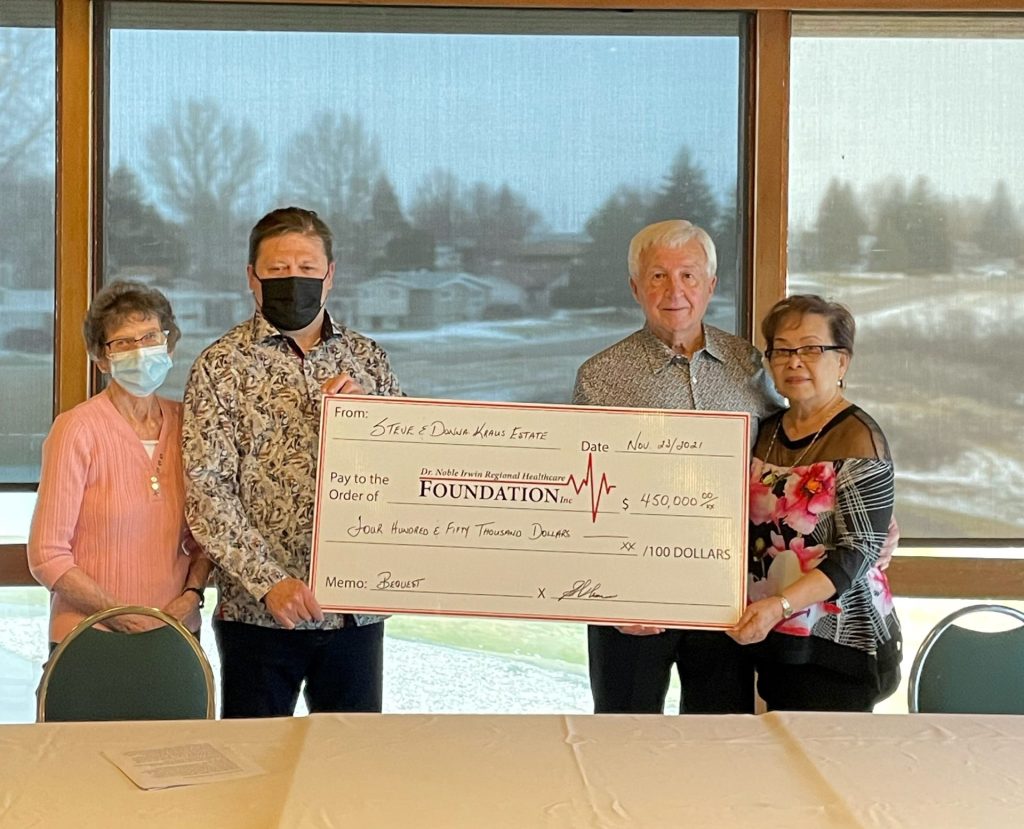 It was an exciting day for the Dr. Noble Irwin Regional Healthcare Foundation, as they received the second-largest donation in the non-profit’s history on Tuesday afternoon.

Announced at an event held at the Elmwood Golf Club with members of their family in attendance, Jim Dekowny, Executive Director of the Dr. Noble Irwin Regional Healthcare Foundation announced that they had received a bequeathment of $450,000 dollar from the estate of Donna and Steve Kraus.

The Foundation is proud to announce an INCREDIBLE $450,000 donation from the Kraus Estate.

We are now working with our partners to find the greatest healthcare needs in Southwest Saskatchewan.#SupportLocalHealthcare #DonationStory pic.twitter.com/FedkNxGEGs

Steve, who passed away in 2010, and Donna who passed in 2020, met in Vancouver after Mary had moved there for employment from her hometown of Ernfold. After retirement, they moved back to Saskatchewan, and eventually to Swift Current.

Sheldon Kraus, a nephew of Donna, made the journey from Saskatoon to be on hand for the announcement.

“Steve and Aunt Donna made a decision many years ago that they were going to give back to society. They didn’t have a family, so they did make a bequeathment to 23 people. And my aunt specified that only those who are alive will receive them. The rest was to go to charity.”

According to Dekowny, while the money does not have a particular home just yet, he felt it’s of utmost importance to ensure that the money gets spent on not only the projects that would do the most good but projects that could properly honour the significance of the Kraus’s generosity.

“This bequest will push southwest Saskatchewan towards a higher level of healthcare excellence. As we move forward with the bequest we want to ensure that the funds go towards the areas of greatest needs in southwest Saskatchewan and the Kraus family is properly honoured for each campaign we support. Currently, we are working with our partners to determine which projects are most vital.”

Your ticket for the: An early Christmas for the Dr. Noble Irwin Regional Healthcare